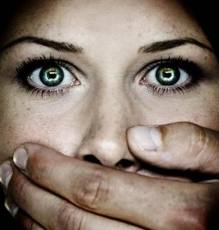 Today marks the International Women’s Day, a day to reflect on the gains achieved by women in the respect and protection of their rights and to denounce the places in which those rights are too frequently trampled on. In its 1977 resolution 32/142, the United Nations General Assembly called for the proclaiming of a UN Day for Women’s Rights and International Peace to “create favourable conditions for the elimination of discrimination against women and for their full and equal participation in the social development process”. It is unfortunate that discrimination and violence against women in Asia continue to be the norm today, and that their participation in society is both minimal and unappreciated. Discrimination is in fact increasingly taking on a violent face, and the Asian Human Rights Commission denounces the high rates of rape and sexual violence prevalent in Asia. The utter neglect with which state institutions as well as society address such issues and deal with the victims is symptomatic of the continuous challenges Asian women face in claiming their rights and contributing to social development.

Rape and sexual violence are widespread in Pakistan, India, Bangladesh, Nepal and Burma, while a recent increase in such cases has been seen in Sri Lanka and Indonesia.

While all human rights abuse victims in Asia struggle to obtain legal redress amidst weak rule of law frameworks and corrupt justice officials, victims of gender-based violence face the added difficulties of discrimination and sexual stereotypes, including from the police and the judiciary. It has been observed all over Asia that rape victims routinely face hostility from law enforcement personnel and the courts. In many cases the police collude with the perpetrators to pressurize the victim to drop the case or to enter a negotiated settlement. All of this was seen in the abduction and rape of Pakistani teenager Uzma Ayub, who was gang-raped in captivity for one year, before escaping in September 2011. Since then she has been struggling to obtain justice through the courts, to little avail. Uzma and her family faced numerous threats and settlement offers, and finally her elder brother was murdered in December 2011. The police and army officers involved in her abduction and rape are known, and yet they are not being promptly held accountable.

The investigation of cases of violence against women lack professionalism and often the police may not even inform the victim of the need for a medical exam. When the victim does go for a medical exam, she is likely to face a dismissive attitude from the doctors and hospital staff, influenced by the dominant social attitude stigmatizing rape victims. A Nepali nun who was raped in July 2011 was initially turned away from a hospital for treatment, while her nunnery debated whether or not she would be allowed to return.

State institutions and officials are just as guilty of harbouring patriarchal and repressive attitudes against women as the rest of society. These attitudes tend to place the blame for rape on the victim herself, rather than the perpetrator. This not only allows the perpetrators to go free, encouraging further violence, but also contributes to a second victimization of the survivor of rape, who too often has to face a hostile attitude from her community. Judges, particularly of the lower judiciary, have largely not been trained or sensitized to gender issues and their way of dealing with such cases often causes further humiliation for victims. Reports from various Asian countries detail rape victims having been publicly cross-examined in court and forced to describe the rape in details, with male judges using insensitive and humiliating words in the process. In other words, rather than protecting women’s fundamental rights, the police and judiciary are turning themselves into instruments to perpetuate traditional discriminatory and repressive views against women.

As a result, conviction rates for reported rapes remain alarmingly low, and seeking legal redress becomes synonymous to facing further harassment and stigma for the victims. An overhaul of the justice and policing systems to strengthen their capacity to work professionally in an accountable manner is thus required. Nevertheless, it is only by changing the perception of rape victims in the society, by addressing dominant discriminatory views against women, that women’s access to justice can genuinely be increased. This includes gender-sensitive training for all public officials, as well as education and awareness within the larger society regarding education for girls and equal opportunities for both genders.

Despite the high rates of violence against women, this issue is largely not understood as a priority, often subsumed in discussions of national security, economic development or other issues. Until discrimination and violence against women is conceived as an integral part of the human rights movement, there will be little change in the ground reality facing women in Asia and many other parts of the world.

Sexual violence prevents women from realizing many other rights, slows their journey to emancipation and makes gender equity a distant dream. Fears of facing violence in public areas, followed by societal attitudes blaming victims of rape for their abuse, work to confine women to their homes. How can women participate in the economy and politics, a springboard to ensure their capacity to protect their rights, if they are at risk and then blamed for doing so? It is crucial for such blame and condemnation to be shifted to the perpetrator, while the survivors are ensured support and justice.

The Asian Human Rights Commission recalls that the Convention on the Elimination of All Forms of Discrimination against Women mandates state parties to “modify the social and cultural patterns of conduct of men and women, with a view to achieving the elimination of prejudices and customary and all other practices which are based on the idea of the inferiority or the superiority of either of the sexes or on stereotyped roles for men and women”. To eradicate rape, violence and discrimination against women from Asian societies, a comprehensive strategy of modification of societal patterns and structures fuelling prejudice and stereotypes are necessary and the incapacity of law enforcement institutions to protect the women from sexual violence must be addressed in priority. Only then can women truly realize their potential and participate in society’s development. With the poor state of many of Asia’s societies, surely the participation of women will be akin to tapping much needed resources.

PAKISTAN: WOMEN’S DAY — Unheard and unwanted, rape continues to be used as a tool to suppress women

PAKISTAN: The failure of the judicial system — another Hindu girl was forcibly converted to Islam and her whereabouts are unknown