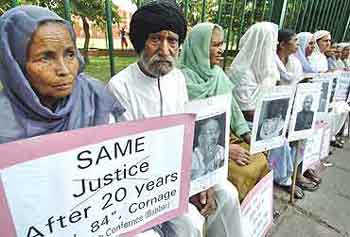 New York, September 14: Sikhs for Justice, a United States-based Sikh advocacy group has launched a campaign which demands the tabling a motion in the Canadian Parliament for debating whether the killing of Sikhs during the gory riots of 1984 in India can be bracketed under the term “genocide” as per a United Nations convention.

â€œThe Motion will debate whether the organised killing of Sikhs in India in November 1984 was genocide as defined in Article 2 of the UN Convention on Genocide,â€ Pannun said. The signature campaign which was launched on September 11 conceives to collectÂ almost 1,00,000 signatures to press the newly elected Parliament to stand with the victims of November 1984.